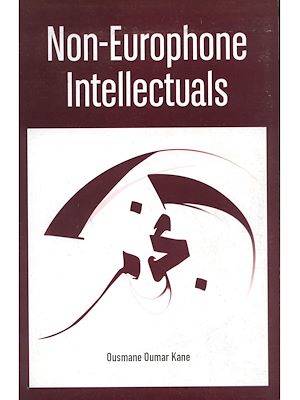 The history of Arabic writing spans a period of eight hundred years in sub-
Saharan Africa. Hundreds of thousands of manuscripts in Arabic or Ajami
(African languages written with the Arabic script) are preserved in public
libraries and private collections in sub-Saharan Africa. This « Islamic
Library » includes historical, devotional, pedagogical, polemical and
political writings, most of which have not yet been adequately studied. This
book, Non-Europhone Intellectuels, studies the research carried out on the
Islamic library and shows that Muslim intellectuals, in West Africa in
particular, have produced huge literature in Arabic and Ajami. It is
impossible to reconstitute library completely. As the texts have existed for
centuries and are mostly in the form of unpublished manuscripts, only some of
them have been transmitted to us while others have perished because of poor
conservation. Efforts toward collecting them continues and the documents
collected thus far attest to an intense intellectual life and important
debates on society that have been completely ignored by the overwhelming
majority of Europhone intellectuals. During European colonial rule and after
the independence of African nations, Islamic education experienced some
neglect, but the Islamic scholarly tradition did not decline. On the contrary,
it has prospered with the proliferation of modern Islamic schools and the rise
of dozens of Islamic institutions of higher learning. In recent years, the
field of Islamic studies in West Africa has continued to attract the attention
of erudite scholars, notably in anthropology and history, who are investing in
learning the languages and working on this Islamic archive. As more analytical
works are done on this archive, there will be continued modification in terms
of the debate on knowledge production in West Africa.
S'identifier pour envoyer des commentaires.